The biologically active and highly valuable humic and fulvic acids belong to the family of humic substances; they are organic macromolecules with long molecule chains and unique properties. Humic substances are produced over thousand years of the decomposition process of plant biomass during plant humification. They are natural, organic substances with 100% plant origin. The natural humic and fulvic acid contain at least 70 types of minerals which can be absorbed in biologically usable forms.

Humic acids are chelating substances. The word chelate is derived from Greek chele, meaning claw. The simile refers to the fact that chelating molecules grab onto the metallic ions similarly to the way a crab grabs objects with its claw. This way, they take the metallic ions – while electrically shielded – as carriers out of the cell through the cell wall with electric potential.

Nowadays, we are more and more exposed to the harmful effects of heavy metals, which get into our body mainly through amalgam filling (mercury), smoking (cadmium) and our food (for example marine fish contain a lot of heavy metals). But they can also be found in fuels, air, drinking water, paint, lacquer, spraying pesticides, vaccinations (e.g. vaccinations against the flu) and unfortunately health care also uses heavy metals in medicines. Therefore, those who take a lot of medicines, profoundly burden their body with heavy metals.

The greatest problem is that heavy metals can be slowly excreted from our body and only with difficulties; meanwhile, they are deposited in the bones, liver, kidney and the brain causing various harms. They weaken the immune system, the nervous system, the resistance against diseases which frequently occur in the form of allergic and inflammatory symptoms. Heavy metals are highly responsible for the spread of Candida albicans.

Amalgam fillings also have numerous harmful effects on health. They can cause asthma, eczema and food allergy. The mercury ions released from amalgam fillings get into the intestines, liver, kidney and brain through the lymph flow causing severe symptoms, such as disturbed concentration, nervousness, depression, migraine, sleep disorder and circulatory disorders.

Our experience has shown that a 2-3-week course of Natural Humicin® excretes the heavy metals from the body and patients’ conditions tangibly improve already in the first few days.

The dosage of Humicin® Nature capsule:

The capsules should be taken by themselves, dissolved in the mouth or swallowed with plenty of fluids. As far as possible, take the capsules with juice or mineral water, not with chlorinated tap water.

It should be taken as a course. One course lasts for 3 months (3 boxes). 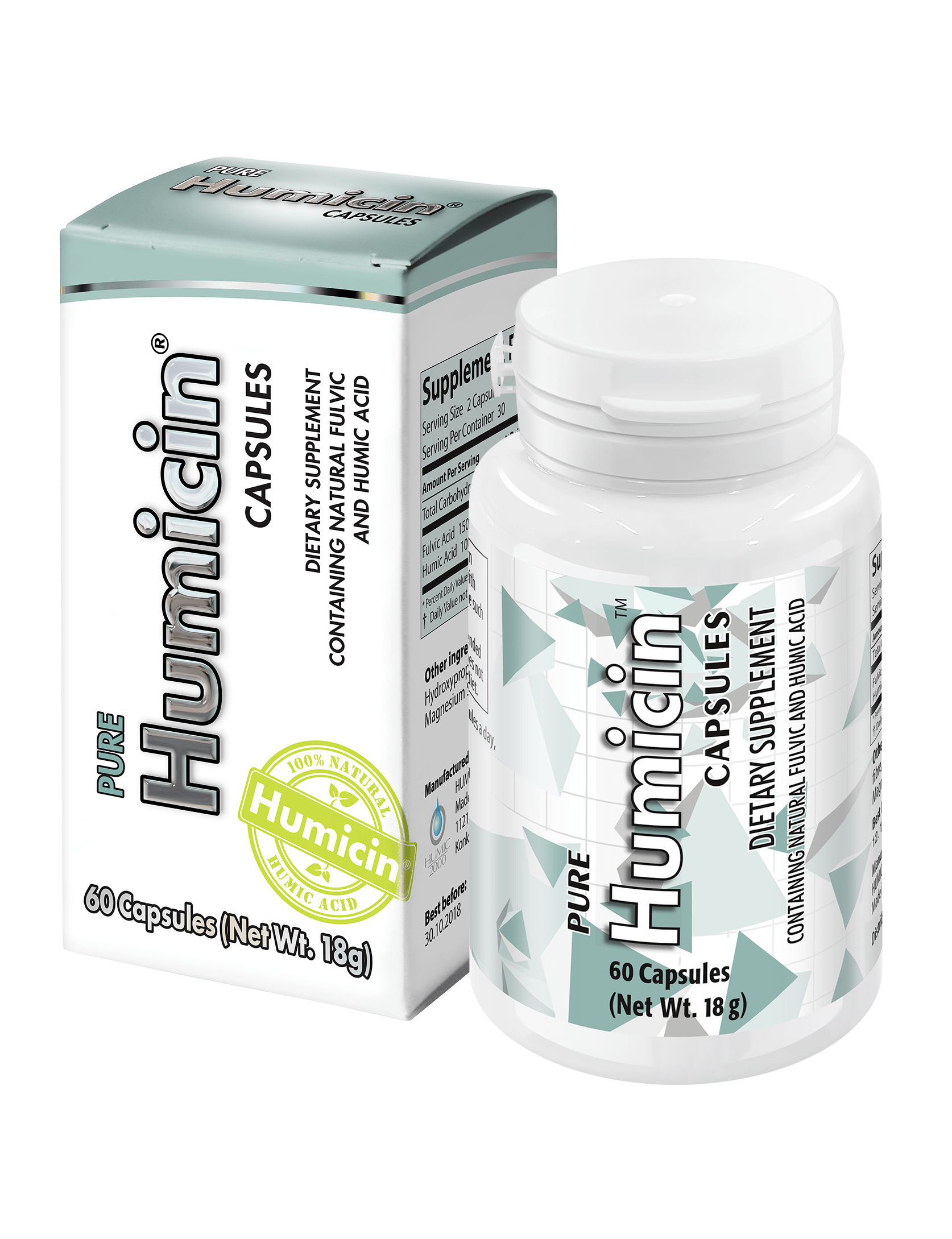 Do you know that

that it is not enough to take the vitamins, microelements and trace elements into our body, but we also have to ensure their absorption in the proper way and to the sufficient extent? Only the perfectly utilized and absorbed minerals can help the healthy operation of our body. 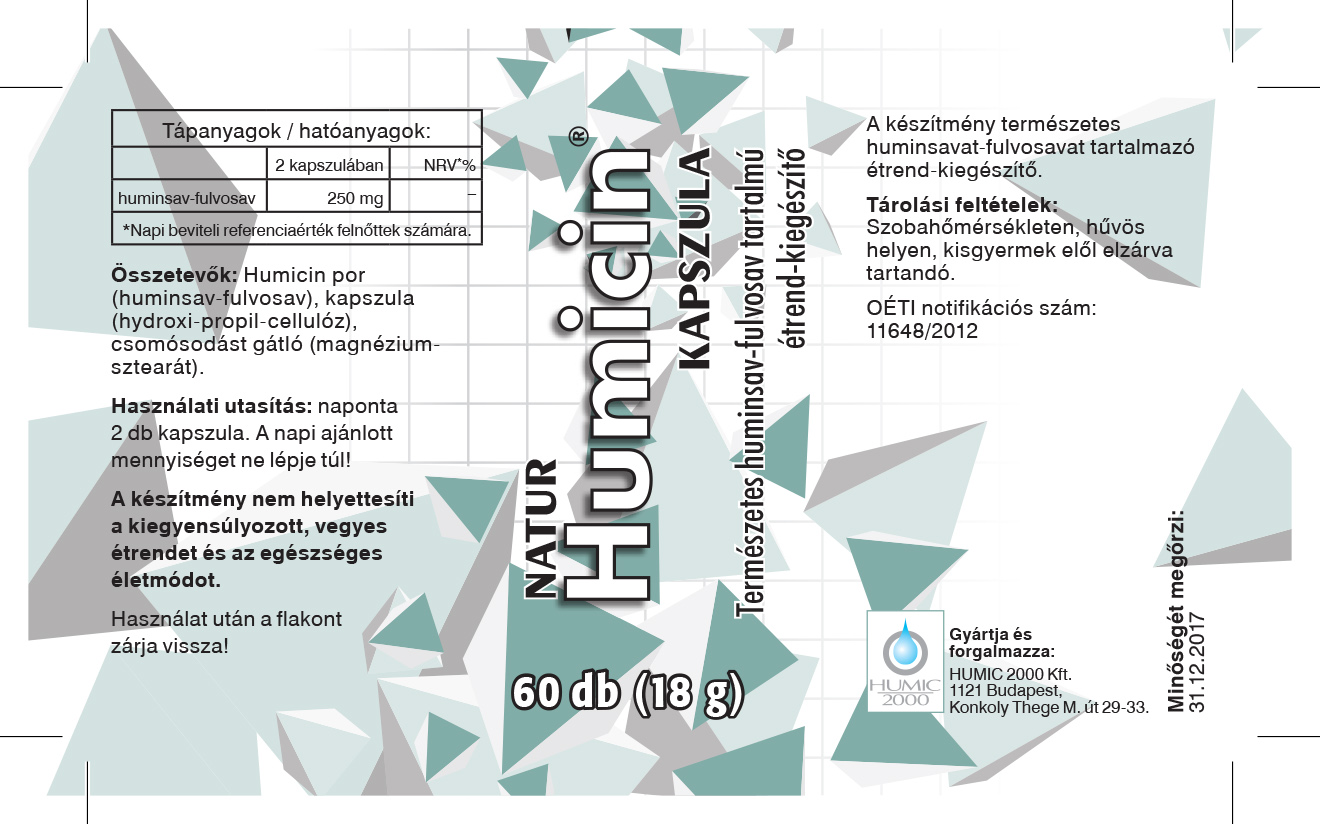